New diseases that occur for the first time are often seen suddenly. For example, Middle East Respiratory Syndrome-Coronavirus (MERS-CoV), which causes severe cases of pneumonia, was first described in 2012. The first outbreak occurred in Saudi Arabia and later spread through travelers to other Arab countries and Europe. From September June 2012 to June 2013, 58 cases were confirmed, 33 of which were mortal.

A research team went to Saudi Arabia to observe the ongoing hospital acquired MERS-CoV outbreak and reported that the virus had spread easily from patient to patient in three different health care facilities. Twenty-three cases involved 15 fatal incidents, along with two hospital employees being infected. The incubation period for infection is about 5 days, with a rapid spread to the next host. Genomic sequence analysis has confirmed that a single group of related viruses is responsible for the given outbreak.

Confirmed cases and two possible cases have been associated with contact with people infected with the virus in hospitals. MERS-CoV is highly virulent and spreads easily in hospitals, possibly through airborne droplets or indirect contacts. That’s why healthcare organisations caring for MERS-CoV patients are on high alert to protect both employees and patients from further spread of this disease.

Another coronavirus referred to later in this section, SARS – CoV, causes a disease similar to MERS-CoV, with a similarly high mortality rate. It probably originated from bats such as SARS-CoV. Camels are also included, although not all of their reservoirs are known. Did the disease spread from bats and camels by respiratory droplets and close contact? Since MERS-CoV spreads very easily from person to person and has such high mortality, epidemiologists are required to answer these questions to break the chain of infection and prevent a possible MERS-CoV pandemic. 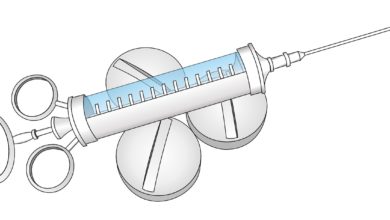